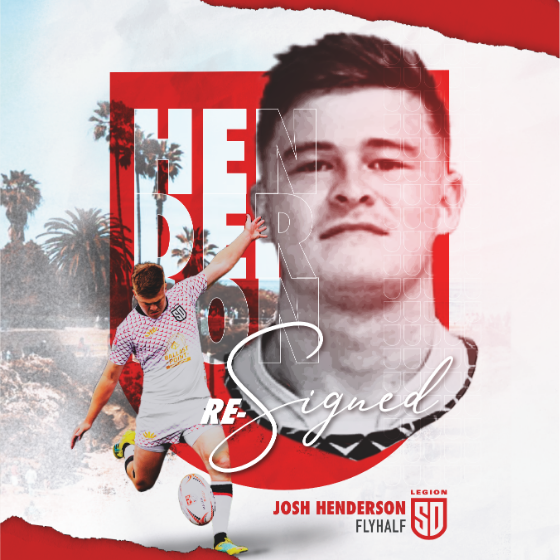 SD Legion is happy to announce that Josh will be returning to the Legion for the 2023 season. Josh has played the majority of his career in Scotland, playing for the Glasgow Warriors in the Pro 14 Comp, but more notably he has played at an international level for the Scottish U20s and also the National 7s side. Josh then joined the USRC Tigers in Hong Kong before joining the Legion in 2022.

“We are thrilled to have Josh back for the 2023 season. We didn’t quite see the best of him in 2022 because of his late arrival and thrust straight into the MLR but we are looking to him to make a big impact within the 2023 MLR season” from Head Coach Danny Lee

“I am really excited to have resigned for the next couple of seasons in San Diego. I think we’re building a squad that has the potential to be really successful so I’m delighted to be a part of that.” from Josh 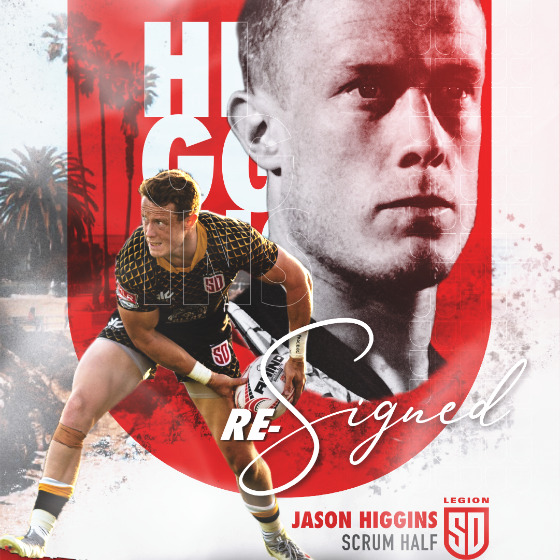