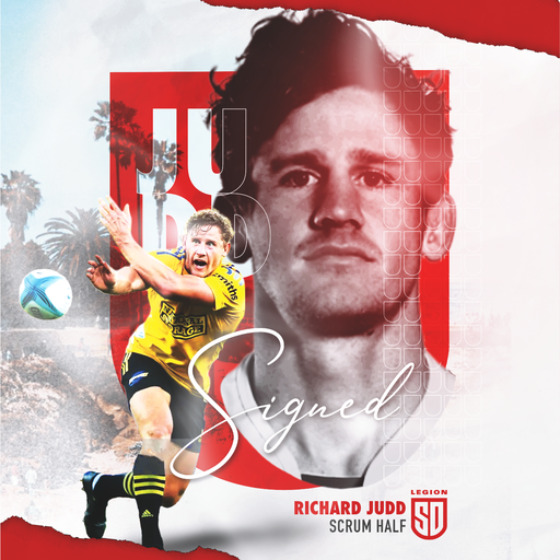 SD Legion would like to welcome Richard to our squad for the 2023 season.

“Juddy is a quality player who has been involved with rugby at a very high level in various countries for a number of years. He brings with him a wealth of knowledge and a complete set of skills. He will add real firepower, clarity and composure to complement our other 9’s” from Head Coach Danny Lee

"Really excited to have an opportunity to be part of the legion family and hope to add to the success of the club. Watching the last couple of years , the MLR has grown a lot and was something that I wanted to be part of. The family and I are looking
forward to heading over, experiencing San Diego and getting stuck into the season." From Richard